Paul Costello is the director of the Center for Narrative Studies (www.storywise.com) and a pioneer in narrative theory and practice, having studied with Michael White, the father of narrative therapy. In addition to writing and teaching, Paul directed the Washington-Ireland Program from 1998-2008. When he stepped down from this role, he received public recognition from the US Congress and the Northern Ireland Assembly for his contribution to building a new story for Northern Ireland and discovering in the process, a powerful  narrative way of peace-building. In 2009, he expanded this method to the Middle East, founding an innovative narrative training project called NewStoryLeadership  for young Palestinian and Israeli activists. He is also writing and teaching and eager to share the findings of his latest research. He has worked with NASA, the US Department of Treasury, Lockheed Martin, AmeriCorps and been guest lecturer at universities and colleges across the world. He has taken over the reins of Project Change Montgomery and is eager to share his international experience with local young leaders working with AmeriCorps. 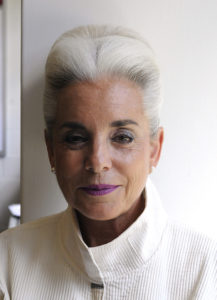 Upon her graduation from Simmons College in 1967, Judy Lapping began her teaching career in Montgomery County Public Schools. After receiving her master’s degree at the American University, she expanded her educational career by becoming a counselor, assistant principal and principal. After 14 very rewarding years as the principal of Travilah Elementary, Judy retired from MCPS. When Project CHANGE was funded as the first AmeriCorps program in Montgomery County, Judy was asked to become the program director, and she and Project CHANGE Montgomery have completed 13 years of service together. Judy has served on the Board of Directors of the Charles E. Smith Jewish Day School, the B’nai Israel Congregation and the Board of New Story Leadership for the Middle East. Her greatest joys in life are her family. In 2014, Judy  decided to take a long deserved and extended sabbatical and handed over the reins to international educator and writer Paul Costello but she continues to support and advise on the current program. The late Dr. Robert Anastasi brought more than three decades of supervisory and management experience as an elementary school principal, program administrator and teacher before he established Project CHANGE. He has experience in leading both the Maryland and Montgomery County, Maryland Business Round Tables for Education, and served as President of the Maryland Association of Elementary School Administrators. He wrote a book for school administrators and made presentations at national conventions. While serving as Principal of Takoma Park Elementary School in Takoma Park, Maryland, Dr. Anastasi successfully implemented a U.S. Department of Education grant (Project Developmental Continuity) connecting Head Start and elementary education. He was also been a long time supporter of international education and brought to the Board a deep understanding of the local non-profit sector in this part of Maryland, where Project CHANGE Montgomery operates.  Dr. Anastasi passed away quite suddenly in February 2021 and his legacy lives on in the service of the program. 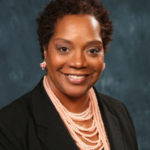 Khadija Barkley has been the Executive Director of the George B. Thomas Learning Academy – AmeriCorps Partner and sponsoring NGO,  and its signature program, Saturday School – since July of 2015. Prior to joining the organization, Mrs. Barkley was an administrator with Montgomery County Public Schools, serving six years as Principal of the Roberto W. Clemente Middle School in Germantown. 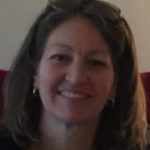 Project CHANGE’s Accountant Laura Frene, was part of the founding team of the program from its inception in 2001. She is a CPA and independent financial consultant. Previously, she was the CFO of the Montgomery County Chamber Workforce Corporation, and staff accountant for Regardie, Brooks and Lewis.

Ahmed Mansour serves as Project CHANGE’s communications director, in charge of producing the recruitment and graduation videos and also, serves as part of the faculty training the team in media awareness. He has also produced the training films for MYSCORE. He is an NYU graduate from the Arthur L. Carter Journalism Institute. He directed, produced, edited and filmed Brooklyn Inshallah, a feature documentary on the first Arab American to ever run for the New York City Council. POV Magazine wrote, “Ahmed Mansour has made a verité film about democracy in action.” He was named the “2019 MountainFilm Emerging Filmmaker Fellow” that is based in Telluride, Colorado. He runs his own film production company Philistia-Storwise LLC.

My clients and I always have one thing in common: we believe in young people. We believe in their positive spirits, their boundless energy, and the instinctive knowledge they possess.

Far too often, budgets and policies leave kids out. Programs and resources that offer the most support to kids are often the least prioritized. After all, leaders are expected to produce instantaneous results, and youth development is anything but instant.

We know what works: children getting involved in Pre-K education, reading proficiently by 3rd grade; and being prepared to handle the rigor of 9th grade. Far too many adolescents fall off-track at one of these crucial stages and get lost, leading to our dropout crisis (1.2M drop out per year, 7k a day, 1 every 26 seconds).

Imagine how our society might look if we front-loaded the essential services that we know make a positive impact and help kids thrive in school. What if we also prioritized helping disconnected youth get back on track? This should not have to be a dream, it is my mission.

I taught and coached in high school for seven years, and then worked to improve—not replace—public schools along the northeast corridor from Washington DC to New York City for eight years. As a consultant, I have served organizations—large and small—ranging from the US Department of Education to local nonprofits such as the Maryland Out of School Time Network and the Family League of Baltimore City. My work has ranged from evaluating state and federal programs to leading schools through the organizational change process and just about everything in between.

This work has taught me to meet people where they are, to be realistic, and most importantly to be together in relationship. All working relationships boil down to TRUST. My clients feel comfortable sharing sensitive data, human resources information, and/or financial information. That trust helps us to make the best decisions for their mission and the youth they serve.

I also have a strong passion for heath, wellness and fitness. I worked with Johns Hopkins University to study healthier lunch options and started a youth triathlon program with the help of a Baltimore Ravens Play 60 grant. And I serve as a fitness instructor at the Y, another amazing organization doing great work for so many young people.

John graduated from Rhode Island College in 1964.  After a short stint in the Army he moved to Maryland and began teaching in Montgomery County.  He earned his Masters in education from American University and later did extensive post graduate  work in Human Relations at the University of Maryland. He was a principal in MCPS for 23 years.  While principal of Pine Crest Elementary School, he led his school in a desegregation effort to pair it with Montgomery Knolls elementary school. Forty five years later, that pairing still exists. He later became director of Tech Corps Maryland, an organization dedicated to providing volunteers to schools in need of technology assistance.  At that time he was also an AmeriCorps leader for his organization. He also worked with Ready At Five, a non profit dedicated to “school readiness for all Maryland children “.  His role was to link home day care providers with school kindergarten teachers. John has two grown sons and five grandchildren. He and his wife, Joyce, live in Columbia, Maryland where they have resided for the past fifty years.

As a special educator with over thirty years in the field of education, my passion has always been to help youth lead their best lives. Through my work with marginalized and special needs students, I have consistently researched ways to remove the barriers that impede learning to educate the whole child. My career as a teacher, administrator and senior executive have afforded me the opportunity to design innovative programs that transform the educational experience. Blending best practice from special education, social emotional learning, applied neuroscience, science of learning and child development theory has resulted in leveraging conditions that facilitate a whole child approach. Professional development and collaboration with school personnel and parents provide me the opportunity to increase the opportunity to help each child thrive.

Kelly served as the Chief Organizational Learning Officer at the Children’s Guild, a non-profit child-serving organization from 1996 until 2021. She had direct responsibility for research, innovative program development and execution and professional development for the organization. Under Kelly’s leadership, her school received the Character Education Award twice and recognized by Maryland State Department of Education as an Exemplar School for Positive Behavior Interventions and Supports for seven years. Kelly co-authored the book Jazzing Up Instruction: An Integrated Curriculum for Elementary Students.

Cherrye spent her career in various K-12 teaching, related service and leadership roles in DC Public Schools and the DC charter school system. She earned her Bachelor degree in special education from the University of the District of Columbia and a Master’s degree in Educational Leadership from Trinity University in Washington, DC.  Her areas of expertise are team building and coaching, training, data analysis, and special education and pre-referral management and policy. Cherrye will support the members with the implementation of the MyScore tool and provide overall support to members to ensure partner sites are maximizing AmeriCorps resources.