Showing up in your own story

Tomorrow, we will push the chairs aside and open up the room so space has a voice. We will ignore the Power Point and shut off the phones, and invite the members to walk back into the story of their service, retracing where it began, and then walking into the space that reveals their expanding horizon of possibility. We will ask the magic question “What do you know from here that you did not know from there that will help you get to your destination?” 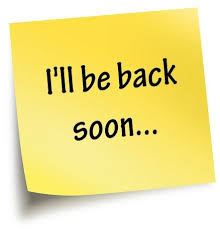 Being there for others 100%

No matter what the member intends or what circumstances intervene, a student is usually a better observer than interpreter. They will know if a member cares not simply by the smiles or the words but by the sheer fact of presence. Is the member showing up all the time? Is the member here, ready, energized to engage with me, or is the member coming late, coming tired, or not coming at all? That sends the loudest message to the students about who cares for them. It is those who consistently show up for them.

FROM AN OP ED IN THE WASHINGTON POST jANUARY 24TH 2019

….The content of Wofford’s communitarian liberalism has always had significant overlap with a kind of civil-society conservatism. In both approaches, solving social problems is not just the work of government professionals; it is also the work of citizens. Countless small acts of service can add up to a more just and welcoming society. And one hopeful role for government is to catalyze volunteerism — employing government to encourage self-government. On this common ideological ground, Wofford built bipartisan consensus — say, on AmeriCorps — that few thought possible.

Wofford’s theory of social change is compelling. It speaks to the individual. No life lived in service to others is empty. Service is a good way to launch young people into responsible adulthood. A good way for seniors to share undiminished wisdom and skills. A good way for anyone to give purpose to their freedom and direction to their gifts.

It offers improvement at the social level. Service, as Wofford viewed it, is a source of grass-roots solutions to lingering social problems. Many of our worst challenges are deepened by apathy and passivity. They are overcome by committed, organized community effort.AD

And service is a way to cultivate something less tangible: the practice of citizenship. We are a nation that talks a great deal about who should be a citizen. There is less emphasis on how to be a citizen. And that is often learned in the company of others who share a public goal. Bonds of common purpose become ties of civic friendship, reaching across political divides. In a time of bitterness, choosing to serve others offers a kind of healing grace.

Wofford carried these ideals in a manner that amplified their influence. Cynicism melted around him, as if he were a bonfire in the snow. He was kind but tenacious — as anyone discovered when he wanted them to sign a letter, or serve on a commission, or attend a summit. Encountering him always left the question: How can someone so gentle be so influential?

Along the way, he left a country strewn with people who were shaped in some way by his example. So many found a meeting or conversation with Wofford to be a turning point in their lives. Perhaps because he saw service to others not as a grim duty but as the path of joy.

His path has led onward. And so passes Harris Wofford, citizen. 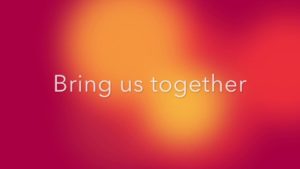 “We see the forces that are pulling America apart. The question we should be focused on is: What can we do to bring the country together? Surely, this has become the question of our times.

One answer that I have been increasingly drawn to is national service. The idea may be one of the few ways to bridge the vast and growing chasm in America. I was heartened to see two Democratic presidential candidates, Pete Buttigieg and John Delaney, endorse it. Donald Trump once spoke warmly about national service on the 2016 campaign trail, suggesting that Democrats had been all talk but that he would do extraordinary things to boost it. Of course, once in office, he actually tried to slash spending on such programs.

There are many ways to design a national service program. A voluntary system would probably work better, with incentives such as loan forgiveness and tuition support at its core. A 2013 study argued that current programs could feasibly be scaled up to include 1 million volunteers without taking jobs from existing workers, yielding societal benefits worth about four times the costs. The programs that already operate in this space, such as AmeriCorps, do good work and have stunningly high approval ratings from their alumni: Ninety-four percent say they gained a better understanding of differing communities; 80 percent say the program helped their careers.

As Mickey Kaus noted in a prescient 1992 book, “The End of Equality,” John F. Kennedy, one of America’s richest heirs and a graduate of Choate and Harvard, famously served in World War II on a PT boat alongside men who had held jobs such as mechanic, factory worker, truck driver and fisherman. Imagine if in today’s America the sons and daughters of hedge-fund managers, tech millionaires and bankers spent a year with the children of coal miners and farmers, working in public schools or national parks or the armed forces.

National service will not solve all of America’s problems. But it might bring us together as a nation. And that is the first crucial step forward.