Opinion: For a model of how to teach on the subject of American racism, turn to Frederick Douglass 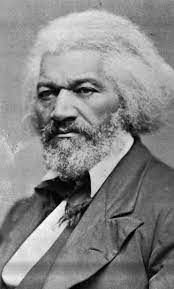 Among other things, the birth of America was one of history’s greatest acts of hypocrisy. A nation dedicated to the proposition that “all men are created equal” was at the time also a prison for hundreds of thousands. Randomly place a pin on the country’s historical timeline and you are likely to hit some crisis related to this founding defect.

Opinions to start the day, in your inbox. Sign up.
In the early days of the republic, it was not uncommon to ask if the American form of government was worth saving. Abolitionists such as William Lloyd Garrison and a young Frederick Douglass regarded the U.S. Constitution as a pro-slavery document. The Constitution, “dripping as it is with human blood,” Garrison proclaimed, was the most “heaven-daring arrangement ever made by men for the continuance and protection of a system of the most atrocious villainy ever exhibited on earth.”

Clearly, critical race theory was not required to raise questions about the systemic nature of American racism. Garrison condemned any participation in the constitutional system, including voting, as a compromise with evil. Some Black leaders of the time found the American experiment so fundamentally corrupt that they advocated Black separatism and the return of Black people to Africa.

Uncomfortable conversations about racism are an inbuilt feature of American life. And they have resulted in certain categories of modern thought.

First, there are those who believe that, through the cataclysm of the Civil War and the triumph of the civil rights movement, the United States has largely fixed its structural defects. The 14th Amendment, 15th Amendment, Civil Rights Act of 1964 and Voting Rights Act of 1965, in this view, now provide a relatively level playing field for human accomplishment. Racism has become a matter of individual citizens holding prejudicial views. Therefore, the purpose of historical education is to inculcate colorblindness.

Second, there are those who believe that racism has been baked into American society for hundreds of years and will not be easily removed. The cumulative results of bias, in this view, can be seen in American institutions — housing, justice, lending, policing, education, wealth accumulation — that put many minorities at severe disadvantage from the moment of their birth. Therefore, fighting racism requires a positive effort to expose and undo systemic racism. This is not merely a matter of cultivating certain attitudes; it dictates positive actions against injustice.

Third, there are those — mainly in academia but not limited to it — who believe that American democracy and liberal individualism more broadly remain a cover or excuse for racial and economic exploitation. This is not only a critique of American institutions but also of American ideology. A free, equal, democratic society, in this view, is not an ideal that the White majority fails to meet; it is a myth used by the powerful to maintain power. And only the application of greater power to overthrow the existing order is an adequate response.

The first view — which seems to be held by many conservative parents — strikes me as badly inadequate. Colorblindness is an important commitment for individuals. It is not a sufficient tool for understanding the legacy of racism. I should have been taught as a child (but was not) that my monochrome suburban life was not a natural or neutral condition. It was constructed by generations of laws and rules that surrounded me with working institutions and segregated the community in which I lived.

The problem comes when the second and third views get conflated in practice. There are fringe forms of anti-racism that engage in a kind of power game. The purpose is to cultivate guilt and encourage ritual self-denunciation leading to self-disempowerment — a goal that should override every liberal norm, premise and institution.

I don’t see much evidence that this mode of education is widespread in American public schools. But it would be a troubling development. This is not only because it would offend some White parents. It would make genuine historical education about our country’s racial past, and genuine efforts to address ongoing injustices, more difficult.

Some of the most important questions related to racism were present from the start: Could the deep defects of this country be addressed by the more determined application of American ideals? Or were those ideals merely excuses for exploitation and bigotry?

The older Douglass answered differently than his younger self. He eventually broke with Garrison over the nature of the Constitution. “Interpreted as it ought to be interpreted,” Douglass said, “the Constitution is a glorious liberty document.” His fight for an anti-slavery Constitution and his embrace of political abolitionism shaped his century.

Douglass remains the model for dealing with racism — in his righteous anger at systemic corruption in the American experiment, and in his belief in the redeeming power of American ideals and institutions. A sound education will cultivate both.